In yet another creative summer film offering around town (note this is different from the established Top Down Rooftop Cinema series), the NW Film Center is bringing outdoor movies to the South Waterfront on August 3-5.

SINGIN’ IN THE RAIN (dusk)
US 1950
Directors: Stanley Donen and Gene Kelly
Join star Gene Kelly and friends for this dazzling, exquisitely saturated Technicolor musical about filmmaking, widely regarded as one of the finest and most endearing films to come out of the Hollywood studio system. (103 mins.)

DAZED AND CONFUSED (midnight)
US 1993
Director: Richard Linklater
Linklater, in one of the most successful and iconic comedies of the ‘90s, trains his camera on the last day of the ’75-’76 school year, where two social groups—incoming freshmen and soon-to-be-seniors—navigate the uncertain, charged waters of being teenagers with nothing to do and nowhere to go. (102 mins.)

JAWS (dusk)
US 1975
Director: Steven Spielberg
A killer shark. Frantic masses on the beach. Roy Scheider, Richard Dreyfuss, and Robert Shaw in their heyday. Marvel as these five amazing forces collide in the first blockbuster ever to grace the silver screen, before blockbusters were a weekly occurrence. (124 mins.)

BLUE VELVET (dusk)
US 1986
Director: David Lynch
A young man (Kyle McLachlan), upon finding a severed ear in a field, sets forth on a journey through the unexpectedly seedy underbelly of his hometown in Lynch’s maniacally warped yet visually sumptuous vision of small-town Americana. (120 mins.) 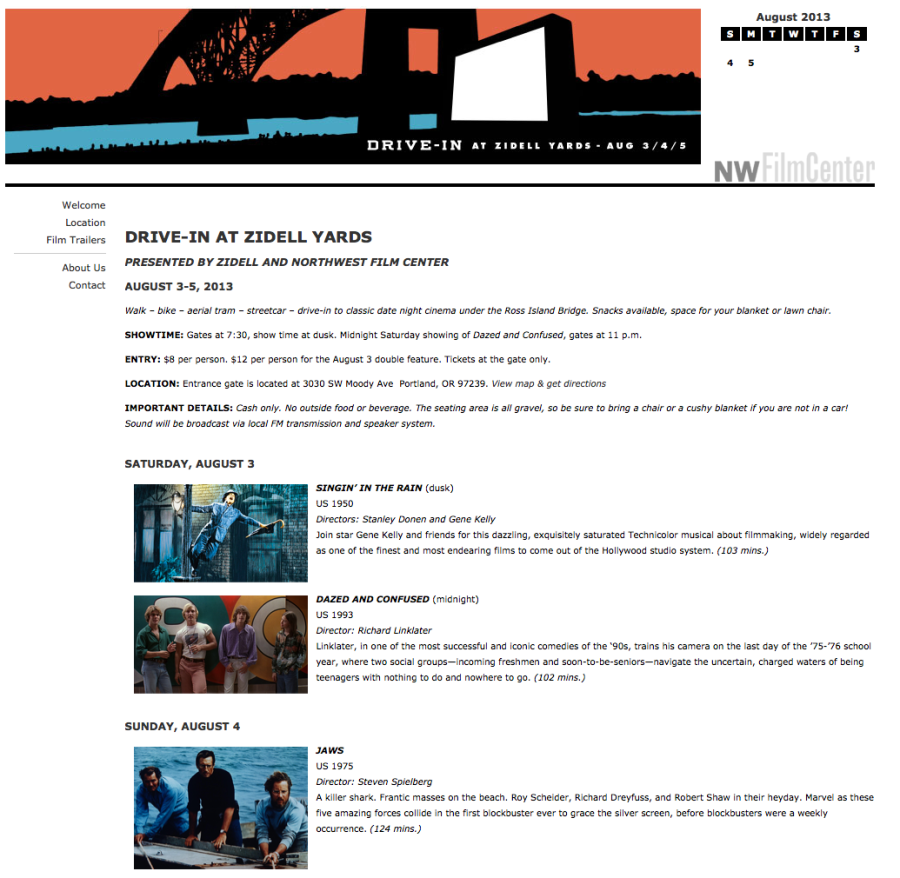